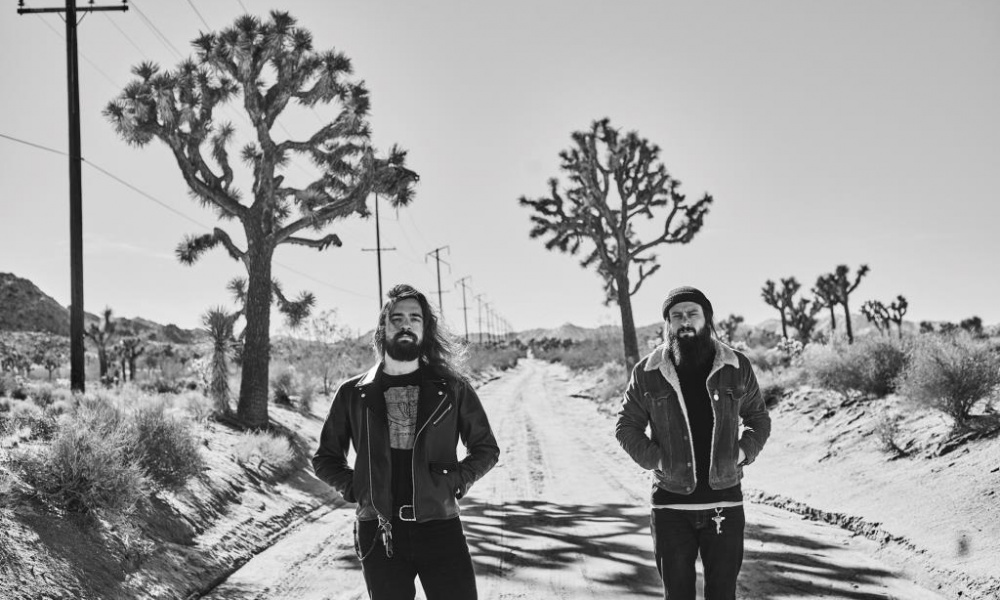 „We are so excited about our own headlinging European-tour this year. Its always fun supporting other bands like „Monster Truck“, „Kadavar“, „The Answer“, „Les Butcherettes“ etc, but going out and headlining ourselves makes it so much more exciting. We can´t wait to meet the many friends we made along the way and to make new ones as we go!“ says Fynn Claus Grabke, Singer and Guitarist of The Picturebooks.

The duo has received acclaim not only on their 2014 full-length ‘Imaginary Horse’ (RidingEasy Records), but also for their craft of building and customizing motorcycles, and their skateboarding skills. The band has been featured on Noisey/Vice, Team Rock, Daytrotter, and more, and the group’s motorcycle designs have been featured in the biggest bike magazines across the world, including Easyriders (USA), Custombike (Germany), Dice Magazine (UK), Hot Bike (Japan), and more.

“The Picturebooks‘ sound is as distinct as the smell of burnt motor oil coming off the sun-baked California desert highway,” explains Another Century’s VP of A&R Mike Gitter. “They are at once completely unique, musically unforgettable, and tapped into the psyche of rock n‘ roll at its most primal. We had to get involved with these raw riders of the sonic highway.”

With a rigorous touring history,the band has played alongside Eagles of Death Metal, Kadavar, The Answer, and more, as well as performed at Riot Fest (Chicago, Denver; USA), Governor’s Ball (New York, USA), and Sziget (Hungary). Their next album comes out March 10th 2017 and the Band will embark on a long European-Tour with „Monster Truck“ from Canada.